ASIROPA Speditions-GmbH specializes in transports between Europe and the Middle East as well as between the CIS States and Central Asia. The company is proud to be owned and operated since 1974.

Only the most modern and contemporary vehicles of all categories are used for daily transports. All drivers are carefully selected and have many years of professional experience. The drivers are fluent in Turkish as well as Arabic and many speak German and English conversationally.

Hasan Kefal, born 1944 in Eskisehir, Turkey, studied economics from 1964 to 1968 and graduated University with a Bachelor in Economics.

From 1968 to 1970 he performed his military service and concluded as a lieutenant of the Army reserve. Subsequently he worked for Isbank, Turkey’s largest bank, located in Istanbul.

In 1972 he moved to Germany, where he worked for an international forwarding company, until he founded ASIROPA Speditions-GmbH in 1974. 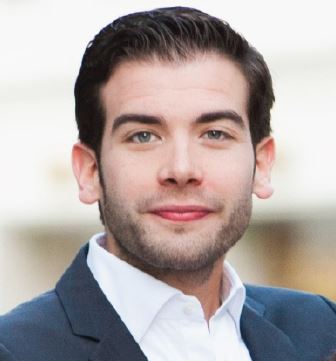 Justin Kefal, born in Munich, Germany in 1985, studied at Drexel University in Philadelphia, United States, where he obtained his Bachelor’s Degree in Finance and Marketing in 2009. He worked for several major financial investment firms including the Susquehanna International Group (SIG) in Philadelphia.

In 2009, he returned to Munich, where he is the Co-Owner and General Manager at ASIROPA and responsible for the subsequent expansion in the United States and Turkey.
Under his management, the company consistently adapts to the fluctuating market.

Since 1974, we have transported all kinds of goods from all of Western Europe to the Middle East on behalf of well-known international companies.

Between 2005 and 2011, we transported a large amount of supplies for the United States military into Iraq, and in 2012 and 2013 transported military supplies from the Netherlands to Afghanistan.

Since 2000, we have also specialized in Out Of Gauge (OOG) transports with cargo widths of up to 5.60 m, heights up to 4.20 m, and legally permissible weight.

Additionally, we specialize in conduction reefer and hazardous (ADR) transports of all kinds, such as the materials used in the pharmaceutical and chemical sectors.